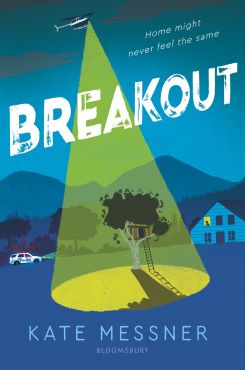 The town is in peace and quiet. Suddenly alarm signals are interrupting people, rushing themselves inside. Silence creeps back – this time it’s different.

Nora, Lizzy and Elidee are the main characters participating in a time capsule project. They are writing letters about themselves and old Wolf Creek for future residents.

The book “Breakout” by Kate Messner is basically a collection of the letters Nora, Lizzy and Elidee wrote for a time capsule project.

While they started their project, they soon had to be in lockdown due to two prisoners escaping. The whole town waited for two weeks at home in fear.

They also realize they can’t participate in the annual festival before they move on to become middle schoolers because of the breakout.

Another day in the hunt of the Escapers, Will they be caught today?

When the news come out that the escaped prisoners are suspected to be long gone to another city a few kids gathered up to ask the principal for the annual festival to take place anyhow. After multiple pleas they were able to convince their principle to host the event. He said yes and so the festival began! But when two kids ran out of the woods and report to have seen the two prisoners everyone panicked and people scattered like cockroaches. They rushed to the school building and waited for the authorities to arrive. When the police finally came the officers got advised to “stand by”. This meant that most likely the prisoners were not super close anymore but that the lockdown wasn’t officially over yet either.

The next day the police and searchers only found prints from an escaped cow.
But when Lizzy and Nora turned in evidence that the cow prints could be a very certain way of covering the tracks of the escapers, the police officers were curious and followed up. They found that the clue was true and when two officers finally caught the two prisoners one of them tried to escape and the other one gave up. So that meant the first one was shot dead and the second one arrested.

So as you can imagine everyone was relieved when the two convicted murderers were caught but Wolf Creek wasn’t the same anymore. Read the book to find out why and what Lizzy’s grandmother had to do with all of that.

How did I like the book?
I found the book very interesting. Sometimes it felt very realistic. The letter format was something different but I am not a super fan of it.

Who is that book for?
Kids 10 years and older 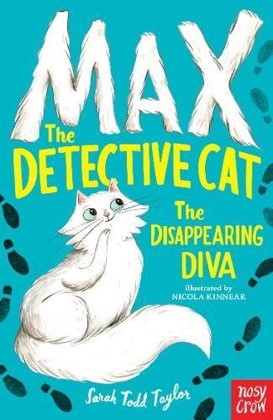 The fluffy, groomed cat Maximilian was used to live in the “most fashionable townhouse in London.” Sitting on a comfortable, red cushion and having only the best of the best food a cat can eat.

I liked the book because it is a book about friendship. Maximilian didn’t give up and although he was sad at the beginning of the story when he lost his home but he was all happy again in the end. What I didn’t like was that Countess Arlington wanted to drown Max. I found that a bit rough and not necessary.