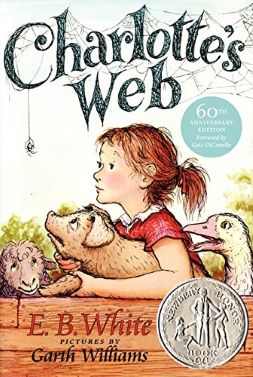 One day Fern woke up and rushed downstairs. When she didn’t see her dad she asked her mother were he could be. Her mom explained that during the night some pigs had been born and that one of them was too small and weak so they decided to kill it. Fern was outraged. She ran outside just before it was too late and tried to convince her dad that she could take care of the little one and keep it alive. Fern’s Dad eventually agreed. Fern named the little pig Wilbur. Two month later Wilbur found a new home at her uncle’s farm.